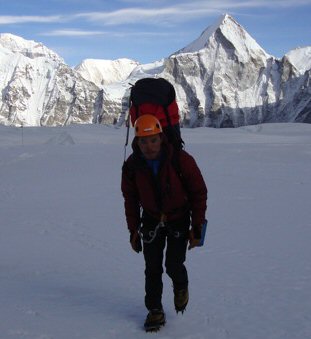 My village is in Khembalung a historically and spritually the secred valley, but it lies in the Makalu national park however it’s not from the Makalu area.
I was a buddhist student when i was 8 years until 12 years, and then i first became the porter at age of 13 years old. And when i was age of 14 i was able to climb to the top of Mount Mera Peak with my father and then from there my mountaineering career began.
I now summit Mt Everest 10 times, Cho Oyu 1 time, Amadablam and many other nepal trekking peak.
I first got the chance to come in Switzerland in 2005 and then 2006, 2007 and 2011. I was able to work with suisse and was able to build up a very good friends relationships. I learnt lot of things from my friends suisse which is very important to my life. I joined the mountain school in Nepal from 2008 and continued my training until the completion of the diploma in guide course. From last year, i m holding the certification of IVBV. After the guide course i was able to successfully climb and guide the several trips in south america (Chile, Bolivia and Aconcagua).